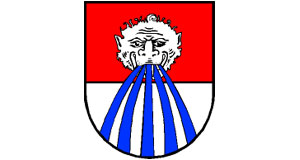 Grödig is a town south-west of Salzburg with a population of approximately 7,000. It is situated at the base of Mount Untersberg and thus, it has a reputation for being rather dark due to the shade of this enormous piece of calciferous rock. However, whilst this is true for some parts of Grödig, it certainly does not apply to all of the town, which is spread out quite a bit. Grödig is a typical commuter′s village in the immediate vicinity of Salzburg. You can get from Salzburg to Grödig using city busses. It is also very close to Salzburg Airport, an additional asset especially for business people who don′t care about sightseeing.

Economically, the town is doing well: Many companies are located in Grödig, because it has an motorway exit and is situated just by a major trade line between Northern and Southern Europe. Commuters live there because rents are a tad cheaper than in Salzburg (but still not cheap yet). International tourists and business travellers make it to Grödig for similar reasons, providing a steady income for several hotels in the town. In addition, many international and domestic visitors of Salzburg go to Grödig for day-trips because of the Untersberg. This massive mountain is accessible via a cable car that departs from Grödig.

In terms of other sightseeing attractions, options are limited. Note a small cemetery for prisoners of war and refugees. The parish church, dedicated to St. Leonhard, is also worth a closer look. Here you can still sense some village atmosphere - which was lost in most other parts of the town. The area of Fürstenbrunn is good for hiking; note that this is where the water for the city of Salzburg is collected. Quite a privilege: For centuries, only the Prince Archbishop of Salzburg got his water from here; Fürstenbrunn means "Prince′s Well".