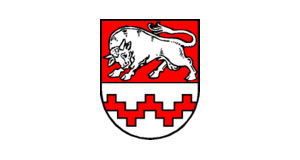 Piesendorf is a community in the Pinzgau region of Salzburg. It is situated in a central location and connected to the regional railway, the Pinzgauer Lokalbahn. Piesendorf has a population of approximately 3,800. The most important branch of the community′s economy is tourism; alas, it is by no means a tourist ghetto (unlike any other communities in the Pinzgau). Piesendorf is also an important traffic hub and commercial centre.

Historically, the area around Piesendorf was populated since Celtic times some 3,500 years ago. As a community, it was first mentioned in the 12th century. A local Romanic priest gave his name to the community. In 1160, the Walcher Burg, a local castle, was built. The early 20th century was not the best time for the Pinzgau, with most of the few remaining mining companies closing their doors forever.

Things improved after 1960 with the rise of skiing tourism. Piesendorf benefited from this development indirectly. Due to its convenient location, several large companies moved to Piesendorf. Today, there are more than 1,000 jobs in the private sector in the community. Tourists come for hiking during the summer or to explore the Pinzgau and National Park Hohe Tauern; during the winter season, it is the vicinity to some skiing areas that draws visitors.

For sightseeing, note the parish church of St. Laurentius. It dates back to the 14th century and was built in Gothic style. The chapel in Walchen is even older and was built in the 13th century. The chapel St. Leonhard in Aufhausen dates back to 1716 and comes in Baroque style. Otherwise, historic buildings are rather rare in Piesendorf; however, thanks to its central location, you can easily get to places such as Zell am See for further sightseeing attractions.