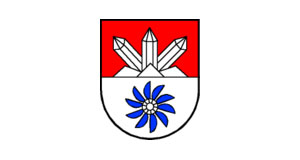 Uttendorf is a village in the Pinzgau area of Salzburg. It has a population of approximately 3,000 and situated partly in the National Park Hohe Tauern. This makes Uttendorf an excellent base for exploring the surroundings - hiking is a big deal in the area. Accordingly, tourism is the most important aspect of the local economy.

Uttendorf sells some 160,000 over-night arrangements every year. In addition, there are some 850 jobs in the village, primarily in the service sector. There are power plants that belong to the Austrian national railway, which are also economically important for Uttendorf and its surroundings. They can be found in the Stubachtal valley.

Historically, Uttendorf′s surroundings have been populated since Neolithic times, as illustrated by tombs that were found here. In more recent times, the name of Uttendorf was first mentioned in 1160. It means "Uoto′s village" and refers to a local landlord. For many centuries, it was characterised by agriculture and forestry on one hand and trade on the other (minerals and metals that were mined and processed in the surroundings, but also good from Central Europe and Italy).

Today, Uttendorf is a medium-size, modern village with good connections to railway and motorway. For tourism, the Weißsee Gletscherbahnen cable car and the National Park Hohe Tauern are the main attractions. Skiing, on contrast, plays a much smaller role, even though a number of good skiing areas are within reach from Uttendorf.

One more factoid: A group of enormous crystals of up to 618 kilograms that was found in the Stubachtal in the 1950ies can be found in the Haus der Natur (museum of natural history) in Salzburg.