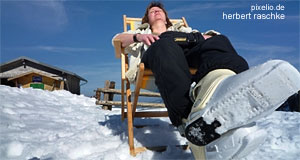 The Salzburger Sportwelt is one of the travel destinations in the state of Salzburg and covers a big section of the Pongau region. It comprises of several of Salzburg′s most important ski resorts and seeded the formation of the Ski Amade ski federation, to which it still belongs as its heartland. During the summer season, the Salzburger Sportwelt promotes hiking, mountain biking and other Alpine sports to fill up the over-capacities in the often enormous ski hotels.

The Salzburger Sportwelt includes eight towns, essentially all of which are strongly associated with skiing: Flachau, Wagrain, St. Johann - Alpendorf, Radstadt, Altenmarkt - Zauchensee, Kleinarl, Eben and Filzmoos. Each of these towns has excellent skiing facilities, extended networks of slopes and a range of hotels to choose from; a major drawback is only that they are often very crowded during the peak season, resulting in higher prices than elsewhere. On the other hand, the Salzburger Sportwelt communities have succeeded in earning themselves a reputation for high-quality skiing.

What to Do in the Salzburger Sportwelt in Summer

During the summer season, bargains are a lot easier to find - thanks to the huge hotels that often have a hard time opening outside of the skiing region. In terms of landscape, the Salzburger Sportwelt has a lot to offer, thanks to very high mountains that shape the region.

The biseasonal practice of the Salzburger Sportwelt is maintained by well-developed infrastructure for summer sports: 1000 kilometres of hiking paths, 500 kilometres of mountain bike routes, 200 kilometres of regular cycling lanes, 10 of the chair lifts that are running during the summer to grant easy access to higher altitudes, a golf course - and a few lakes for those who prefer natural attractions. Facts and figures are provided by the tourist information council of the region, just in case you were wondering about the promotional sound of this paragraph.