Winter Sports in Austria beyond Skiing 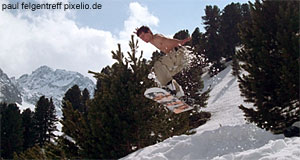 With no doubt, skiing is the most popular of all sports during the winter in Austria. More than just the nation′s number one cash cow, skiing is a passion that most Austrians fall for in a tender age. It is not unusual to see children of as little as three or four years on skis. Later on, this might also nourish an interest in the professional skiers, of whom embarrassingly many are better known in Austria than leading politicians.

Not surprisingly, a number of former skiing professionals have chosen to go for a political career after retiring from the "Schizirkus": Patrick Ortlieb, Petra Kronberger and others have made it into regional or even the federal parliament. But there is more to wintry Austria than just skiing. Have a closer look to the alternatives:

Cross-country skiing: Considered to be an old-people′s sport, it is not too popular with Austria′s youth. Cross-country skiing can be done in most areas in the Alps, but also in the hilly regions North and South of the mountains. Many courses are maintained by the local tourism boards - in fact, it is unusual to find towns in Austria that don′t have any courses at all during the winter. Ask at your hotel or at the tourist information office for details. Particularly scenic courses will lead you by brooks and frozen lakes.

Skating: Hugely popular among Austrians and tourists alike, skating is naturally done anywhere in Austria with lakes. Given that the winter is cold enough to freeze the water to create an ice layer thick enough for skating. The best places are Bodensee, the lakes of the Salzburger Seenland, the Salzkammergut, Neusiedlersee and in Carinthia. Beyond that, many cities have ice-rinks and small ponds or lakes.

Spas and saunas: Much like in other countries with a freezing-cold winter, Austria is big into spas and saunas. You will find saunas in many private households and commercial ones for a wider public in essentially every tiny village. Spas are popular in Styria, the Southern Burgenland, Southern Salzburg and Carinthia. They might add a special touch to your winterwonderland experience - swimming outdoors at temperature below freezing, with steam evaporating from your body, can be great fun!

Sledge riding and tobogganing: Another popular winter sport, and again this one is practised pretty much anywhere in Austria. Sledges with horses and are often organised by local farmers, so ask at your hotel or the local tourist information centre for advice. Tobogganing is normally done by private individuals, but you can rent the devices - be careful, though, what seems to be harmless fun is actually quite dangerous at times!

One final question remains: Where to do winter sports? There are ways too many skiing resorts and winter sport hubs in Austria to give a detailed review in a short article. There are general considerations you should make and regions that might suite your needs better or worse. You could also read reviews in guidebooks.

Austria′s most popular resorts and towns in the Alps are in alphabetical order are: Bad Hofgastein (near to spas!); Dachstein area; Dorfgastein and the Großarltal (spas again!) Flachau and Hintersee; Hochkönig; Hochzillertal; Katschberg Aineck; Kitzbühel (rather expensive, but also very exclusive); Lech, Zürs and mostly St. Anton at the Arlberg mountain (the birthplace of the "Arlberg style" skiing); Lofer; the Mölltal Valley; Nassfeld and Hermagor in Carinthia; Obergurgel and Hochgurgel; Obertauern in the South of Salzburg; Saalbach-Hinterglemm and Leogang (also in Salzburg); Schladming; the Schmittenhöhe near Zell am See; Wagrain; the Wilder Kaiser; and pretty much anywhere in the Zillertal. Most of these resorts are in the most western provinces of Vorarlberg, Tyrol and Salzburg.