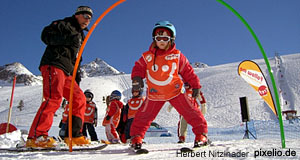 Skiing has been deeply rooted in Austrian culture since the early developments of the sport. Every winter, thousands of ski enthusiasts travel so Salzburg and other areas in the Alps to explore picturesque valleys with excellent slopes.

The skiing season varies slightly from year to year and among different areas, but generally it peaks between late December and early March. It is mostly the landscape, the good conditions of slopes and the reputation of Austria as a skiing nations that draws the crowds from all over Europe and the rest of the World to the Alps. Besides the skiing, spending a winter vacation in Salzburg can be rewording in other terms, too.

Some areas in the south of Salzburg have hot springs, adding a great bonus to the slopes. The Advent Season before Christmas is among the most charming times to visit the city of Salzburg. And there are plenty of other winter sports that you can do in Salzburg beyond skiing - snowboarding, of course, but also skating, cross-country skiing, tobogganing and sledge riding, or simply hiking in snowy landscapes.

Where to Ski in Salzburg

On the non-sportive side, most skiing areas in Salzburg have supported communities working in farming, mining and forestry for centuries - which means that you will encounter ingenious culture and real locals if this is what you are looking for. You might have to look closely, though, since there are literally ten thousands of skiing tourists crowding the Alps every year. But what are the best areas to ski in Salzburg?

Obertauern and the area around the Zauchensee Lake is popular, mostly because of the scenery. You will find good deals at the Skiwelt Amade, a co-operative that connects slopes in an extensive area. It is doubtless Salzburg′s most popular ski area. The Gasteinertal in the very South of Salzburg is something for people with well-rounded interests: it is popular for both skiing and its hot springs that nourish a range of modern spas. Nearby Großarl is also popular with families. Schladming is a bit further from Salzburg, but among the most popular ski areas of Austria.

Flachau is the home of Austria′s ski superstar Hermann Maier. Zell am See is a beautiful town by an Alpine lake in the Pinzgau region; apart from spectacular views and picturesque landscape, it offers great skiing. The "Skizirkus" of Leogang - Saalbach-Hinterglemm is among the top-destinations, too. Neighbouring areas in Tyrol include the famous ski resort of Kitzbühel, with its luxury mountain chalets and Europe′s high society on the slopes. Note also the area of the Hochkönig, a mountain in the Pinzgau.

How to get to skiing areas

One question remains: How can you get there? Clearly, the easiest way of getting around in the mountains is by driving a car. However, public transportation is good. Especially if you are located in one of the skiing towns in the mountains, you will find a very efficient network of public busses that run between hotels and pick-up spots and the slopes.

If you stay in Salzburg or surroundings, you should look for special offers that might be organised by your hotel or a commercial bus company. Getting to the mountains by train and then to the slopes by bus is possible, but a hassle. Finally, there is the "Salzburg Snow Shuttle", a bus service that runs from late December until mid-March. It connects Salzburg with a different popular skiing area every day in a weekly interval (seven destinations alternating over the course of the week from Monday to Sunday). It costs 14 Euros a person and stops at a number of hotels and pick-up spots in Salzburg. Ask your reception or the Tourist Information Centre for more information.