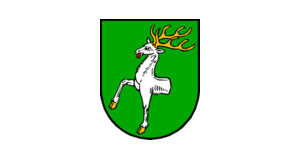 Göming is a small village with a population of approximately 660. It can be found in the northern part of Salzburg′s Flachgau area, approximately 30 kilometres north of the city. The village is an independent municipality since 1848 and named after local noblemen that lived here in the 12th century. Göming is a small and rural community, characterised by agriculture and service industries.

It is not a typical commuter′s town, despite of being well accessible from Salzburg. The closest city to Göming is Oberndorf, known for the Silent Night chapel. International tourists are unlikely to come to Göming. If you do, then most likely on a tour through the northern Flachgau - in this case, note also Bürmoos and the monastery of Dorfbeuern.

Upon request, the municipial administration informed us that they couldn't think of a good reason to spend a holiday in Gömng and that there are no hotels or other kinds of accommodation available. That means that Göming might well be the least touristy community in the province of Salzburg. If you look for a really remote and tourist-free environment within driving distance to Salzburg, this might be the place.

In terms of things to do in Göming, opportunities are limited, too. Note that the so-called Bajuwaren-Radweg (Baiuvari cycling path) passes through the village; this theme-cycling path follows the old trails of the earliest Bavarian settlers, who moved into this area in the 6th century. The cycling path links various villages in Bavaria, Upper Austria and Salzburg.