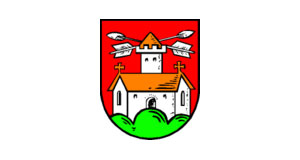 Hof bei Salzburg is a village just outside the city of Salzburg and 100 percent free of personality. Locals from the surrounding villages make fun of Hof by saying that one doesn′t live in Hof bei Salzburg, but one drives through it. In fact, Hof is a passage place: The main roads between Salzburg and the Salzkammergut go through Hof and many commuters of the Flachgau area and nearby Upper Austria go through this bottleneck.

That being said, one should note and acknowledge that a fair part of the beautiful lake Fuschlsee belongs to this municipality. Only that neighbouring Fuschl is situated right at the lake, whereas Hof can be found in quite a distance from it.

Hof has a total population of almost 3,500 people, many of which commute to Salzburg. There are some good hiking opportunities in Hof′s immediate surroundings. In general, Hof is a compromise between Salzburg city and the Salzkammergut with its many mountains and lakes for those with their own car. There is no railway link between Hof and the city, busses are the only mean of transport and they take painfully long given that the actual distance is rather short.

Note that the skiing area of Gaißau-Hintersee is also close. International visitors are unlikely to make it to Hof, unless it is just for staying there whilst spending the days elsewhere.